The wonders of the Loro Piana world

Based in northern Italy, Loro Piana is the largest cashmere and baby cashmere luxury goods manufacturer in the western world.

The finest lots of this precious fibre come from Northern China and Mongolia, where Loro Piana has offices in Beijing, Hong Kong and Ulan Baatar. 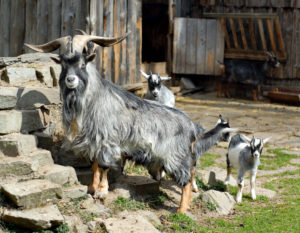 This guarantees Loro Piana’s direct presence in the markets and a privileged and personal relationship with suppliers – in this case, the fiery goatherders who breed Hircus goats.

Cashmere comes from the underfleece of these small and extraordinary animals.

In order to survive in their hostile habitat, through harsh winters and torrid summers, Hircus goats have developed an undercoat beneath their longer and rougher outer hair that consists of the softest and finest fibres – which have an average diameter of about 14.5 micron – whose countless tiny intervening spaces reduce thermal osmosis to a minimum.

Once a year in spring, when the weather is milder, the goatherders harvest this underfleece by means of a delicate combing procedure that is totally harmless to the animals.

About 250 grams of this underfleece is obtained from each animal every year which, after the coarser outer fibres are removed, becomes no more than 100 grams. That is why cashmere is so precious, although its value is also further increased by the difficulties in obtaining and controlling the fibre.

Loro Piana buys only the best and finest cashmere, at the end of a long and fascinating journey across boundless plains between April and May each year.

The long and complex buying process lasts for more than a month, at the end of which the bales coming from Mongolia are transported to Ulan Baatar, where they are checked in the laboratory and undergo the first phases of ennoblement – dehairing and washing. 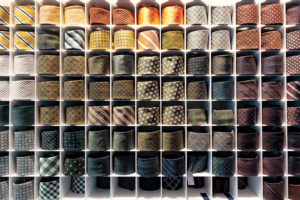 The Chinese bales are meticulously checked in the laboratory in Beijing, and it is only when all this is complete that the purest and finest bales are sent for subsequent working to Italy, where Loro Piana owns the largest laboratory in the world for analyzing and controlling the quality of cashmere.

The cashmere that reaches Loro Piana’s own standards of excellence is then transformed into superior quality yarns, fabrics, accessories, garments and knitwear, all of which is produced through a combination of sophisticated technology, a profound knowledge of textiles and a lifelong commitment to achieving the highest possible quality in the final product.