The rise of the rich

The luxury goods market is doing great, record­ing constant double-digit growth. Cars, clothes and real estate are the top three largest luxury segments. Still, the share of the really wealthy remains one of the lowest in Europe. 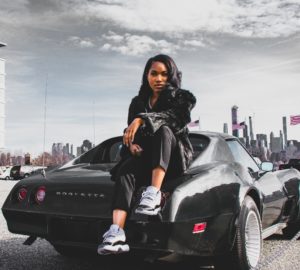 The luxury goods market in Poland is dominated by premium and luxury cars, which accounted for 13.5 percent of the registration of all passen­ger cars in the first three quarters of this year. The value of this segment in 2018 is estimated at PLN 15.5 billion. Altogether the number of premi­um and luxury cars sold last year stood at some 76,500.

The most popular luxury vehicles are Masera­tis, Bentleys and Ferraris. But even though their sales are soaring (+52 percent for Ferrari and +90 percent for Bentley), the number of cars is still counted in double digits. In the first three quarters of 2018, Maserati, the most popular lux­ury car, sold 83 cars, Ferrari – 32, and Bentley – 40. Lamborghini, even though its sales tripled compared to the same period of 2017, recorded only 13 sales.

Poles are much more inclined to splurge on premium cars, though. Mercedes, Audi and BMW account for 66 percent of all premium cars registered, with Mercedes selling 13,200 premium cars, Audi – 11,600, and BMW – 10,800.

“We have noticed a growing interest from entirely new client groups: new technology and internet entrepreneurs, start-up own­ers and increasingly younger people. For them a car is no longer a status symbol; however, they expect the high-tech solutions. They are pioneers who want to be part of global changes and make choic­es that are good for the environment,” said Baudouin Denis, Gen­eral Manager of BMW Group Polska.

The second largest segment is luxury clothing and accessories, which is estimated at nearly PLN 2.9 billion, an increase of 7.2 per­cent compared to 2017. Still, the share of luxury clothing in the en­tire fashion market in Poland, at 6.8 percent, is still low compared to other European countries. In Italy the segment accounts for 22.7 percent of all fashion and in France – 21.8 percent. Unsurprisingly, women’s clothing represents the majority of the luxury fashion mar­ket (61 percent). KPMG forecasts that the luxury fashion market will continue to grow at an average annual rate of 7.2 percent for the next few years, reaching PLN 4 billion in 2023. 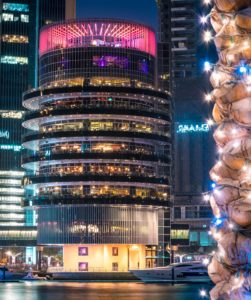 The third largest luxury segment is real estate, although its value de­pends on the definition of a luxury property and was estimated at PLN 1.3 billion in 2018 (according to KPMG and High-Level Sales & Marketing), but it could reach even PLN 3.5 billion (according to Sotheby’s). According to High Level Sales & Marketing (HLSM), 700 premium apartments were sold last year in Poland’s top seven residential markets: Warsaw, Kraków, the Tri-City, Wrocław, Poznań, Ka­towice and Łódź, which is 19 percent more than in 2017. Warsaw alone recorded 182 premium property sales, accounting for a quar­ter of the total market. It was also the capital where the record-high transaction was closed: an apartment near Łazienki Park was sold for PLN 14.5 million. Warsaw also had the highest average price per sqm, at PLN 31,800.

HLSM sets the threshold for luxury property at PLN 25,000 per sqm in Warsaw, marking a 29 percent increase compared to 2017. The Tri-City came in second with PLN 17,500, with prices rela­tively unchanged (up by 1 percent y/y). Though beyond the reach of most Poles, even those considering themselves well-off, luxury property prices are still modest. According to Sotheby’s, the price of similar properties in New York, Paris and London are between five and ten times higher. 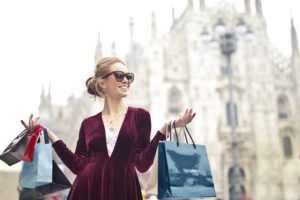 Luxury property, unlike luxury clothes, accessories, jewelry or al­cohol, is more than just a status symbol that many middle-class Poles occasionally splash out on. “A luxury house or an apartment means spending at least a few million złotys, meaning that aspira­tional buying of luxury property is practically impossible. These goods are reserved for those that can actually afford them,” said Arkadiusz Wojciechowski, Managing Director of Poland Sothe­by’s International Realty.

Still, not all luxury properties are necessarily acquired through purchase. “In Poland, after the turmoil in the 20th century, we are starting to see the symptoms that have existed in Western countries for centuries; that is young people inheriting property from parents or relatives. Everything seems to indicate that both the number and the wealth of Poles should continue to rise,” Wojciechowski added. 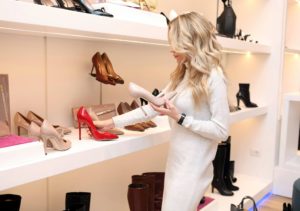 For now, inherited wealth still accounts for a very small percent­age in Poland. The majority of affluent Poles are still self-made mil­lionaires. The number of High-Net-Worth Individuals (HNWI), with net assets exceeding $1 million, increased by 5,000 over the past year and reached 62,000 in 2018, according to Credit Suisse. Compared to Western Europe, where the number of HNWI is in the millions (2 million for Germany, France and the UK each), that number is barely significant. Poland’s wealthy elite accounts for a mere 0.16 percent, which is much lower than elsewhere in Europe, even compared to the Czech Republic (46,000 HNWI), Finland (80,000) or Greece (87,000), all with populations four to eight times smaller than Poland’s.

The size of their wealth is also relatively modest. The over­whelming majority (88 percent) of HNWI are worth between $1 million and $5 million. Only 359 people own property valued at over $50 million, 17 of whom hold assets worth over $500 million.

Poles are definitely getting richer, with the number of high-earn­ing Poles increasing at a double-digit pace (up 15 percent y/y in 2018). Last year there were nearly 1.2 million high-earning people, i.e. those making a monthly income over PLN 7,100 gross. Some of them are already in the market for luxury goods, others will join in within the next few years. And that is definitely good news for those who cater to extravagant tastes.