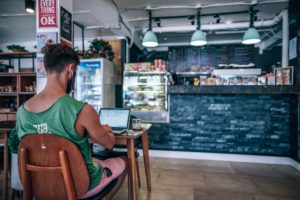 The restaurant areas of shopping centers around the world have been expanding in recent years. The latest developments in Poland’s malls increasingly reflect the global trend.

Shopping center owner, manager and devel­oper Atrium Group last month opened a new restaurant area at its Atrium Promenada mall in War­saw, which is one of the company’s flagship assets in Poland. Called Republika Smaku (the Republic of Taste) and accommodated in a newly completed section of the center, which has gone through a major modernization and ex­tension process, the food court houses 11 popular restaurants featuring complementary menus.

A number of ongoing shopping center modernization and exten­sion projects across Poland will also involve the development of additional dining space, with mall owners increasingly paying atten­tion to and seeing value in hav­ing a quality restaurant offering. A properly chosen mix of restau­rants generates bigger footfall and increases the time that visitors spend in a shopping center. It also increases the amount of money that those visitors will spend in the mall, argued Joanna Tomczyk, an analyst at JLL.

The ongoing expansion of restau­rant areas in shopping centers is a global phenomenon. According to a recent report by JLL, by 2025 tenants from the food and bever­age sector could account for as much as 20 percent of the total leasable space in malls across Europe. Changing trends in the retail property market, including an increased focus on so-called “shopping experience,” have led the share of restaurants in the aggregate GLA of shopping cent­ers around the world to grow in recent years. This has been hap­pening in Poland, too.

JLL data show that the food and beverage sector currently accounts for 12.5 percent of the GLA in major shopping cent­ers in the Tri-City, while in Łódź, Kraków, the Silesia agglomeration and Warsaw the figure stands at 7.5 percent, 6.8 percent, 6.8 per­cent and 6.6 percent respectively (see graph). Poles are eating out more and more often. Accord­ing to the country’s government agency Statistics Poland (GUS), restaurant and hotel services now account for 4.6 percent of house­holds’ expenditures, up from 1.8 percent in 2005. 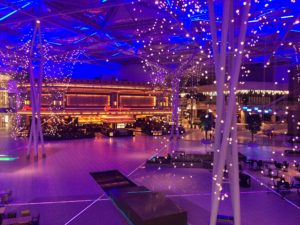 Magdalena Sadal, head of retail research and advisory at Cresa Poland, noted that in the more than 20-year history of modern retail property market in Poland, the restaurant areas of shop­ping centers have – just like other parts of malls – undergone a radi­cal transformation. The coun­try’s first grocery hypermarket-anchored centers featured few gastronomic establishments which typically occupied some 3-5 percent of those centers’ retail areas. Then the classic food court area housing several chain fast food restaurants emerged.

It was located in the center (in single-floor malls) or on the top floor (in multi-story malls) of the building and took up even 10 per­cent of the GLA. Over time, the importance of this component of the tenant mix continued to grow. Today, in new shopping center projects and in existing malls that get modernized or/and expanded, the share of restaurant areas in the total leasable area amounts to more than 10 percent to even 20 percent. Food courts accom­modate more than ten tenants.

They are surrounded by regu­lar restaurants and the latest gastronomic concepts. Apart from the dedicated restaurant areas, modern shopping centers also feature single smaller estab­lishments such as ice cream par­lors and cafes that are distributed across all the malls’ floors. In dominant shopping centers, the number of tenants from the food and beverage sector amounts to 30-40, which accounts for about 12-16 percent of the total num­ber of tenants, Sadal said. In Galeria Młociny in Warsaw, 50 gastronomic establishments have been planned.

Interestingly, shopping cent­ers are increasingly becoming places where foreign brands and concepts debut in Poland, Sadal pointed out. A number of such openings – including Max Pre­mium Burgers, Blue Frog and Black Real Burgers – have taken place in the last two years. Jap­anese restaurant chain Menya Musashi will soon open its first two Polish locations in Warsaw’s Blue City and in Forum Gdańsk. As the country’s malls offer more and more restaurant space, other newcomers may be tempted to make similar debuts in the near future. 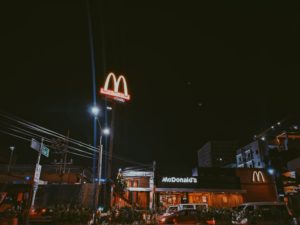 The size and type of the restau­rant offering of a given shopping center depends on the mall’s spe­cific nature and location. Cent­ers located in downtown areas and close to office buildings, for example, often offer more sophis­ticated cuisine as their visitors include businesspeople. In gen­eral, more and more non-chain restaurant concepts are appear­ing in shopping malls in response to the expectations of clients looking for original ideas, for instance those featuring veg­etarian and vegan cuisine, said Mariusz Majkowski, head of retail leasing at CBRE.

Apart from shopping centers, food services are also becom­ing increasingly available in other retail formats. Retail parks usu­ally include stand-alone build­ings housing restaurants of popu­lar fast-food chains. Food trucks, too, can be seen in such locations more and more often. Beside their single restaurants, ice cream par­lors and cafes, some outlet cent­ers now also feature small food courts. Admittedly, the growth of dining areas in such schemes has its limitations as they are mainly visited at weekends.

Meanwhile, a new retail format has emerged in the market in which gastronomy is the domi­nant function. Such projects are usually located in historic prop­erties in downtown areas with examples including Hala Koszyki in Warsaw. They predominantly house non-chain restaurants that have already been around in the given region for some time as well as restaurants whose offer is targeted at clients look­ing for a particular cuisine or dish, Majkowski said. Often, one can also shop for bio products there.

Real estate experts predict that the expansion of dining areas in shopping centers and other retail formats will continue. According to CBRE’s “Shopping Center 4.0” report published last year, every fourth visitor sees a restaurant offering as an impor­tant feature of a mall. The devel­opment of food services is part of the most spectacular trend in the retail market – the drive towards “convenience.” Such services will naturally follow cli­ents to the places where they spend the most time, including to where they do their shopping, Sadal maintained.