Demand for premium on the up 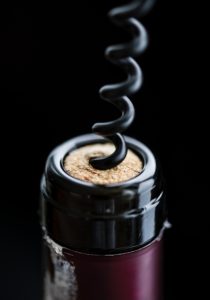 In Poland, alcohol traditionally means vodka and beer. However, ordering a glass of wine in a restaurant or buying a bottle for a special occasion is becoming more and more popular. Not only is consumption growing, but more Poles are switching to premium brands. WBJ talked with Robert Ogór, CEO of wine producer Ambra, about changing consumer tastes and market trends.

Robert Ogór: In northern countries, historically consumption of semi-sweet and sweet wine has prevailed. Some 30 to 40 years ago in Scandinavia, Germany and the UK the share of sweet wine was very high. Poland is not an exception, but to some extent there is a delay in consump­tion development. The transition to dry wine, through which other countries have gone, is just beginning in Poland. Extremely low wine consumption should also be taken into account.

I expect that with consumption growth and premiumization – the two main fac­tors defining market development – the share of dry wine will grow.

WBJ: Poland has the lowest wine consump­tion in Europe. What is the reason behind that?

RO: Before the political transformation [in 1989 – ed.] wine was barely available in Poland. Most other Eastern European countries produced their own wine, while Poland at that time did not. Furthermore, imported wine was very expensive. Po­land started with very low wine consump­tion compensated by vodka and beer. An average Pole drinks about 100 liters of beer per year, and only about four liters of wine. Even with the wine market growing by 5-7 percent annually, Poland still has a lot of catching up to do to reach other EU countries. 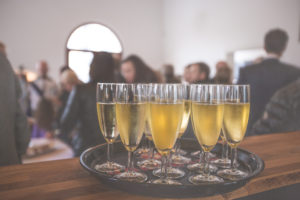 WBJ: What are the reasons behind the grow­ing popularity of Prosecco and rosé wine?

RO: Sparkling wine for a long time was associ­ated only with New Year’s Eve celebra­tions. Prosecco has changed this percep­tion and broken the stagnation on the market. Prosecco is the most spectacular global trend among sparkling wines. It is the world phenomenon impacting consumption in Germany, the UK, the US and Scandinavia.

Poles, just like other nationalities, are fascinated with the Italian lifestyle, of which Prosecco is a part. They discovered that light bubbly wine may serve as an aperitif or a summer drink. Thanks to this, rosé started gaining in popularity as well. In general, the rosé wine segment is grow­ing fast, and not only in Poland. As with Prosecco, it is a global trend as consumers tend to switch to lighter drinks.

WBJ: What is the role of women in shaping wine culture in Poland?

RO: Wine is associated with a cultural lifestyle, with a better lifestyle. On the other hand, alcohol expenses are still dominated in Poland by men’s categories. Vodka and beer account for over 80 percent of spend­ing on alcohol. Considering that there is more or less an equal number of men and women in Poland, women have a key role in wine consumption. With the growth of social status, women are in search of their preferred drink, and naturally they turn to wine. 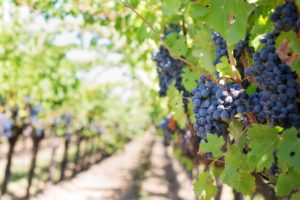 WBJ: What is special about the wine market in Poland?

RO: There is a great variety in the countries of origin. At the end of 1990s, wine from New World countries started playing an impor­tant role. A significant market share now belongs to Chile, Argentina, Australia and the US. Additionally, wine from European countries – Portugal, Moldova, Greece and Georgia have seen some success. In Poland consumers have an unusually wide selection. Conversely, in countries that are wine producers, mainly domestic wines are available, and the share of imported products is very low.

WBJ: How quickly is domestic wine produc­tion developing in Poland?

RO: The total area of vineyards in Poland is about 1,000 hectares. This means a produc­tion of less than one million bottles per year. There is strong interest in Polish wine, but it is still a niche product. Domestic wine is expensive, but among them is some very good white wine. However, due to the small size of vineyards, Polish wine rarely appears in regular stores. Wine-makers usually sell directly to clients, tourists and some restaurants. 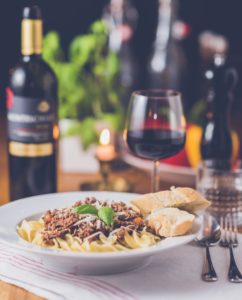 How do Poles drink wine?

An average Pole drinks about ten times less wine than an Italian. However, over 60 percent of Polish citizens drink wine from time to time, as the report “Poles in the world of wine 2018” found out. Wine consumption is driven by growing incomes and a changing lifestyle. Some Poles who travel abroad have adopted the habit of having a glass of wine at dinner. On the other hand, tourists coming to Poland also seek high-quality wine.

Despite the development of a wine-drinking culture, only every tenth Pole claims to have an extensive knowledge of wine. More than half (51 percent) admitted to having no or very limited knowledge. When choosing wine, Polish customers mainly pay attention to the taste and the price, while the country of origin and grape variety play a less important role. About 40 percent prefer semi-sweet wine, and slightly less go for semi-dry.

Discount stores and hypermarkets, known for low prices, remain the most popular places to buy wine in Poland. Only 11 percent of wine-drinkers aged 25-39 buy wine in specialist stores most of the time. While the average price in such stores is about PLN 45 per bottle, only one in five Poles is ready to pay more than PLN 30 for wine. Still, wine from the economy segment is less popular than it used to be. Nowadays, as much as 45 percent of Polish customers choose wine priced at around PLN 21-30 a bottle.