Discounts on the up 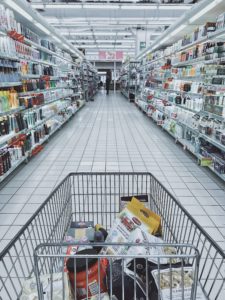 Over 50 years ago, the founder of Walmart, Sam Walton, coined the motto: “Low prices every day.” Not only has it maintained its topicality, but it has also become a slogan used by the largest discount chain in Central Europe – Jeronimo Martins (i.e. Biedronka). From local corner stores, huge hypermarkets, discount stores and back to convenience stores, the retail landscape in Poland has seen many changes over the past three decades. Where is it headed now?

The age of discount stores

Nowhere else in Europe have discount stores developed so rapidly. In the last five years the share of discount stores in the European market has increased by 2 percent, while in Poland their growth is at a staggering 17 percent. Currently, in Poland we have five discount store chains: Netto, Lidl, Kaufland, Aldi and Biedronka. In total these chains have almost 4,500 stores across the country. Over 55 percent of Polish customers have indicated that they do their basic shopping in discount stores, according to a study conducted by GfK Shopping Monitor 2018. Hypermarkets and small local grocery stores are placed further down the order. Our last choice is supermarkets and delicatessens.

At first, discount stores seemed to dominate the lower to middle-income neighborhoods, while the upper-middle income areas featured upscale delicatessen stores, such as Alma and Piotr i Paweł chains. But as time passed, discount stores figured out a way to successfully venture into these neighborhoods too, effectively undermining the position of upscale stores with a widening offer and significantly lower prices.

After appropriating the segment of local stores and delicatessens, discount stores went after an even larger player. They have been successfully undercutting the hypermarket segment as well, a feat that would have seemed unthinkable a decade ago or so. After all, hypermarkets enjoyed the same – if not better – bargaining position with suppliers, and the quantity of goods they sell allowed them to operate at extremely low margins. One might ask: how are discount stores more competitive? The short answer is location and a carefully planned and executed marketing strategy. 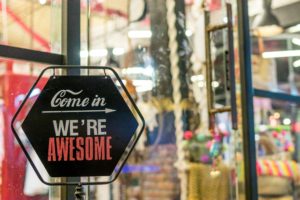 Their basic advantages – such as standardized stores, effective processes for replenishing goods in shelf-ready packaging, maximum simplification of logistics with flat organization of logistics centers, and continuous pursuit of products desired by the customer by the skillful rotation of shelves – went hand in hand with the understanding of the Polish market. Discount stores have even started to establish cooperation with known brands such as Coca-Cola, Milka or Ferrero, which now offer products dedicated to discount stores.

This became attractive for an increasingly wider groups of people, who were able to buy well-known brands for even less than in hypermarkets. The virtue of offering goods that earlier seemed inaccessible has become the main domain of Lidl and Biedronka. Lidl was the first chain to include Wittchen bags or Crocs shoes in their periodical sales offer. Both chains have revolutionized the delivery of fruit and vegetables to shelves and established a close cooperation with food producers, creating their own private labels.

Poles love discount stores, which currently constitute a 27-percent share of the market. This result is backed by offering a range of fresh and premium products. Biedronka and Lidl have 2,000–3,000 items in their range of products, with the share of private labels below 50 percent, so as to maintain their discount nature. The market leader, Biedronka, has been also carefully building its image as a chain that promotes Polish brands. 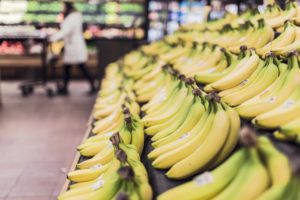 Over the last five years, the visiting rate at discount stores has increased significantly. Today, customers not only visit for minor food purchases, but also come for larger shopping trips. Discount stores are strong competition for each type of store; you can buy bread and rolls baked on the premises, freshly-squeezed juice or fresh fruit, vegetables and meat – all at prices way more attractive than in specialist stores. The ever-wider range of products and an attractive promotional offer now almost rival those of hypermarkets, but are much more conveniently located. Since in discount stores – often situated very close to residential areas – you can buy almost anything, why waste time going to a hypermarket?

Discount stores offer something more than just price cuts. The introduction of limited seasonal offers makes the customers feel that they are buying something special, rare and unavailable in other stores. Poles love special offers and are keen to hunt for bargains – which discount stores are acutely aware of and have been the most successful in using to their advantage.

Hypermarkets are now focusing on increasing profitability of their existing facilities by taking a page out of the discount stores’ marketing handbook. Tesco – similarly to Carrefour – is focusing on the development of own-brand labels. Last year they decided to introduce over 1,000 such products. The share of own-brand labels in the Polish market has already reached 20 percent and is constantly growing.

Different stores introduce different types of own-brand labels and the example of the UK, where Tesco also sells its own-branded medications, shows that this tendency spans across many market segments. Today, in almost every hypermarket and discount store we will not only buy food, but also clothing, naturally at lower prices than at a clothing chain. 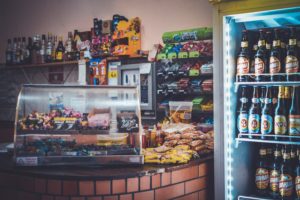 Despite the growing dominance of discount stores, there is still room for local convenience stores, where we can do basic shopping in under 15 minutes. Granted, they are no longer the quaint family stores that Poles remember with some nostalgia. They are predominantly franchise stores, operated under brands such as Żabka, Freshmarket, abc and Carrefour Express. Their appeal is more than just close proximity. As they are often operated by individual owners, they are allowed to remain open on Sundays when the trade ban is in effect. They rely heavily on impulse buying, e.g. featuring ice cream freezers prominently during the summer heatwave, which allows them to put a significant mark-up on their prices. Currently, the Żabka chain has over 5,000 convenience stores, coming in second after the market leader: Eurocash’s abc franchise chain with over 8,500 stores.

At the same time there is a small number of delicatessens (K&M, Piotr i Paweł), which try to claw back their share of the market offering premium products, at higher prices. The risky nature of such a strategy has already taken its toll with Alma’s bankruptcy in 2017. Meanwhile, Biedronka is taking over Piotr i Paweł stores. In September of this year, five Piotr i Paweł stores were rebranded as Biedronka (two in Wrocław, one in Tychy, Poznań and Kalisz each). This goes to show how the strategy of discount stores to move upmarket has been undercutting the delicatessen market. The new stores have maintained the upmarket appeal of the former brand, with separate aisles with cheese, meat and cold cuts, a rare occurrence in other Biedronka stores.

Despite the apparent prosperity, retailers have seen their share of challenges this year and more are on the cards. The law forbidding trade on Sundays has not been a boon for the industry. Paradoxically, the good condition of the Polish economy and low unemployment are posing another difficulty. Despite steadily increasing wages and improving working conditions, the shortage of workers is particularly tangible in the retail industry. Large chains try to solve it by hiring employees from Ukraine in the short term and by intensifying their efforts to implement automatic cashiers in the longer perspective.

There is plenty to fight for. The average Pole spends about a third of their monthly earnings on basic needs. As creatures of habit, the majority of Poles are loyal customers and prefer to shop in a specific store. In order to win the battle for customers, retail chains have to stay open to innovation.

One of the incentives may be the online shopping sector. In 2015, online shopping represented only 0.2 percent of chains’ turnover. Now it is growing dynamically, particularly in large cities. Ordering products via a convenient website, or a mobile app, no need to leave one’s home, fast and easy methods of making payments are strong incentives for busy city-dwellers. The rapid development of e-commerce has intensified competition in the retail sector. In the fight for customers they are looking for ways to optimize delivery times, driving up demand for warehouse properties within the largest agglomerations.

Thing of the past 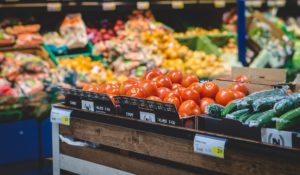 Do Poles miss small, local or countryside family stores? They may tell you they do, particularly at a time when economic patriotism is heavily promoted politically. But facts are facts, Poles prioritize their wallet and taste over the origin of the capital behind the store. The majority of the largest players on the retail market are of foreign origin: Portuguese (Biedronka), French (Auchan, Intermarché), British (Tesco), German (Real, Kaufland, Lidl) and Danish (Netto). Meanwhile, Lewiatan and Stokrotka, which represent Polish capital, are not among the leaders.

American writer Frank Bettger once wrote: “I do not think that anyone is born with a flair for trade.” He could not be more wrong. The evolution of retail chains is the story of building brands over generations, take Jeronimo Martins and his children for instance, or the founder of Tesco, Jack Cohen, and his descendants. It is the flair with which they generate added value in retail that has put them on top. And as the retail landscape keeps transforming, there will always be niches to fill, innovations to implement and efficiencies to take advantage of.