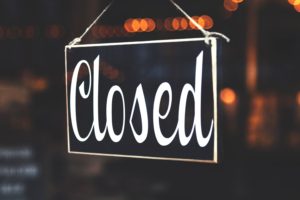 The Sunday trade ban introduced in March has reshuffled the retail market in Poland. The idea behind the ban initiated by Polish Trade Union Solidarność was to give workers some more time with their families and to support small stores. However, it has turned out quite the opposite.

Poland decided to introduce the trade ban gradually, leaving two trading Sundays per month this year and one trading Sunday per month in 2019. From 2020 onward stores will only be open on seven Sundays in the year. Trade limitations have caused unquestionable chaos on the Polish retail market for both the market players and consumers. Retailers have had to make sure they comply with the ban on non-trading Sundays, while customers need to follow the new schedule and adjust their shopping habits. 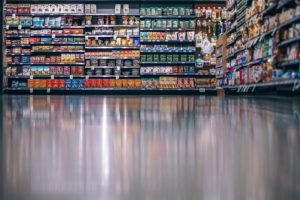 Large discount stores, however, quickly adapted to the new rules. They introduced extended opening hours on Friday and Saturday, reorganized logistics and invested millions of złotys in advertising to educate consumers. Poland’s largest discount supermarket chain, Biedronka, added 2 percentage points to its market share in the first half of 2018, while sales grew by 8.7 percent to €8.4 billion.

“It doesn’t look like the discount stores have a big problem with the ban. They have increased expenses for advertising and cleverly used the ban to build a competitive advantage,” General Director of the Polish Chamber of Commerce Maciej Ptaszyński said. Conversely, the ban seems to be creating new risks to small stores, despite the intention to support them. 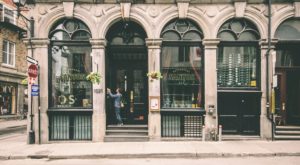 Small stores (less than 300 sqm) have a mere 33-percent share of the Polish market, while about 28 percent belongs to four main discount chains. Clearly, family stores don’t have the budget to compete with the aggressive promotional campaigns of the big players. Oftentimes, the prices quoted by their suppliers are higher than the end prices charged by discount stores to their clients. And even if on Sundays they are the only option available to clients, the balance is still off. “On Sundays there is an increase in turnover, but it doesn’t compensate for declines during other days of the week,” Ptaszyński explained.

The Polish law allows only store owners to work on non-trading Sundays. This makes the situation particularly difficult for the average format stores, which need more than one or two staff to keep operations running.

According to the Polish Chamber of Commerce, small store sales rose annually by 5.4 percent in June, 7 percent in July and 5 percent in August. This growth is not much different from 2017, when sales increased by 5.6 percent, 3.3 percent and 8.8 percent in the same months respectively. Considering that the market develops at about 3 percent annually, and inflation is about 2-3 percent, the net growth is close to zero, Ptaszyński said. He added that summer sales this year were helped by the hot weather, which led to many compulsive purchases. “It is very hard to prove that the situation for small stores has improved as a result of the ban. In my estimation it cannot be proved,” Ptaszyński concluded. 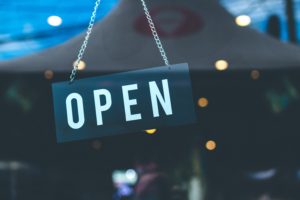 With the introduction of the ban, customers are getting used to doing the majority of their shopping on Saturdays, and only being able to buy basic products on Sundays. The margins for such products are very low. Store owners, however, often have to engage the entire family in work instead of spending the day together, Magdaleną Frątczak from CBRE said. She added that employees of stores that are closed on non-trading Sundays may feel extra pressure and workload on the other days of the week.

Solidarność argued that, according to the employee survey, 53 percent of female store employees felt less tired, while only 11 percent claimed to be worse off after the trade ban came into force. However, about one-third (32 percent) of the women polled admitted that they work more in the days before non-trading Sundays. The union is considering extending the ban to Saturdays (from 10 pm) until Monday (until 5 am) to avoid shops staying open long hours or opening right after the clock strikes midnight on Sunday. 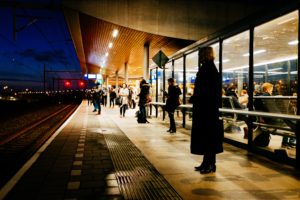 The trade ban in Poland is much stricter than in many other countries, an economist at the Civil Development Forum (FOR) Rafał Trzeciakowski said. For example, in the UK the ban does not apply to stores with an area below 280 sqm. In some European countries, such as the Netherlands, local authorities decide whether the ban will apply.

In Poland there are 32 exceptions to the ban. The ban is not applicable, among others, to stores at railway stations and airports, for bakeries, confectioners and ice-cream stores as well as post offices. The rules raised many questions – for example, whether having an in-store bakery in a supermarket is enough to remain open on Sundays – and gave advantages to some players.

One Biedronka store located in an old bus station building proved in court its right to trade on Sundays. Żabka stores, on the other hand, where clients can also collect their parcels, used its status as a post office to get around the ban. The Polish National Labour Inspectorate wrote that after auditing Żabka stores, 182 applications were sent to court. As of September 5, in one case the owner paid a PLN 1,500 fine. For 64 applications the court declared there had been a ban violation; however, most stores appealed against the decision. In eight cases the court did not find any violation of the ban.

And it’s not like Żabka stores just decided to turn into post offices overnight once they caught wind of the ban coming into force. “In the case of Żabka franchisees, their status as a post office results from agreements that have been signed since 2012. Consequently, this status was a fact even before the work on the bill began. … There are no legal reasons why franchisees should limit themselves and not use their right,” Żabka replied to our enquiry.

After eight months, the ban on Sunday trade seems to be less effective than originally anticipated. In some cases, it is clearly unenforceable. And where it is, the results are probably not what the regulation’s creators intended in the first place, which was to protect employees against exploitation and help out smaller family-owned stores. It may be not without cause that Western European countries have been abolishing Sunday trade restrictions over the past years, Trzeciakowski concluded.