Will EU greener norms lead to an electric car boom?

Ahead of the United Nation Climate Change Conference (COP 24) scheduled in December in the Polish city of Katowice, the EU has decided to tighten CO2 emission standards for cars and light commercial vehicles. The decision, pushing for development of low-emission vehicles, has raised concerns among car producers but it may pave the path for the EU to compete on a global level.

The European Council agreed that by 2030 new cars will have to emit 35 percent less CO2 on average. In addition, the EU has agreed on incentives for manufacturers of zero- and low-emission vehicles such as electric cars or plug-in hybrid vehicles. The decision came shortly after the Intergovernmental Panel on Climate Change (IPCC) – the leading international body evaluating climate change – warned about the threat to human health. The new norms urged for cleaner solutions in the transport sector, the only major industry in the EU in which greenhouse gas emissions are still rising. 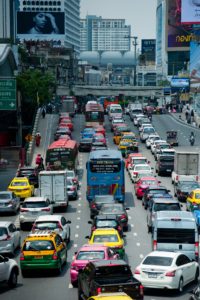 Countries where the automotive industry is a major employer, including Germany, Poland, Hungary and the Czech Republic, saw the targets as too ambitious. The European Automobile Manufacturers’ Association (ACEA) warned of the risks of a negative impact on industry competitiveness, auto workers and consumers. “Consumers cannot be forced to buy electric cars without the necessary infrastructure or incentives in place,” ACEA Secretary General Erik Jonnaert said.

Conversely, France, Sweden and some other countries argued for even higher targets. They stressed that stricter emission rules would give the European auto industry incentives to be more competitive globally.

The car market has already felt the pressure of the “worldwide light vehicles test procedure,” or WLTP, which took effect in September 2017. The new test is designed to measure emissions in conditions closer to a real-life environment. In September the new passenger car market in Western Europe declined by over 20 percent in annual terms. The number of car registrations in Poland fell by 22.4 percent on a yearly basis after dealers rushed to sell non-compliant models in August, Market Research Institute Samar reported.

E-mobility is the future 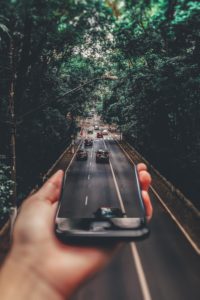 The number of electric cars in Poland is still negligible and accounts for only about 0.1 percent of the market. In the whole of Europe, 2.1 percent of all cars are electric, while in Norway their share reached 45.2 percent, the highest figure globally. “We know very clearly that the future is electric,” Maros Sefcovic, Energy Vice President of the European Commission told the Financial Times.

The electromobility development in Poland should help reduce air pollution, which is greatly exacerbated by transport in many cities, as well as aid in decreasing dependency on oil imports. However, currently there is little in the way of incentives for Poles to buy electric cars, which are still much more expensive compared to regular vehicles. In contrast to some other European countries, there are no tax deductions or subsidies for zero-emission vehicles. Another issue is the lack of infrastructure for drivers. At the end of 2017, the European Alternative Fuel Observatory registered only 552 charging points in the entire country.

The incentives for customers, the creation of clean transport zones reserved for low-emission vehicles and EU support for the Polish electromobility development plan are needed to accelerate the e-mobility growth, Samar analysts concluded.

No choice but to adapt 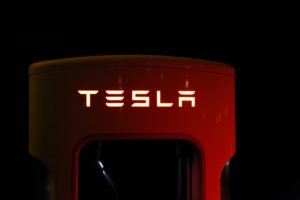 The EU push for battery-electric vehicles has raised concerns in countries like Poland, where carmakers focus much more on internal-combustion engine vehicles. The Polish Automotive Parts Producers and Distributors Association (SDCM) underscored the need to use all possible solutions to cut emissions, not just focusing on one single option. “Electrification, hybrid technologies, alternative fuels, eco-innovations and other energy efficiency solutions play an important role in the integrated approach to reduce CO2,” the SDCM wrote in a statement.

Some experts, however, are skeptical about the future of plug-in hybrids. ING estimates that sales of battery-electric vehicles (BEV) will overtake traditional (internal-combustion engine) cars within ten years. With the technology development and breakthrough of BEVs, it may be nearly impossible for hybrids to remain cost competitive.

The auto industry faces an electric shock, and it looks like carmakers have no choice but to adapt and find new opportunities. According to an ING forecast, only electric passenger cars will be sold from 2035 onward.