Where is Poland’s Silicon Valley? 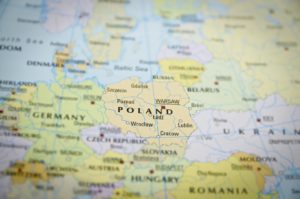 A software engineer comes up with a tech idea and develops it into a business. He/she makes a proof of concept, assembles a team with the necessary skillset and together they work towards monetizing the idea. They find a VC willing to provide them with financing, validate their prototype and then go to market. Once they grow their business enough, fueled with further rounds of financing, they come up against an inevitable dilemma: grow or sell. At least that’s how it goes in Silicon Valley, as well as other start-up scenes across Europe, including Stockholm, Berlin and London. What about Poland? Does it have a complete and functioning tech start-up ecosystem? If not, is there a chance of developing one and what components are necessary to do so?

To be clear, Poland has had a number of IT success stories. When you look at it, Polish IT giants seem to be doing rather well. Three out of the 20 top Polish exporters (in the Wprost ranking published recently) are from the IT industry. Positions 7, 15 and 20 are taken up by: Asseco (the largest software powerhouse in Poland), CD Projekt (the leading games designer and distributor, recently valued by Fortune Magazine at over $1 billion) and Comarch (Asseco’s top rival) respectively. Asseco is in fact the sixth largest software producer in Europe. Every month or so a new acquisition made by these giants makes headlines.

There is no shortage of start-ups, either. According to Startup Poland, there are 2,700 small and microfirms in Poland that meet the criteria of a start-up at various stages of development. Some 12 percent are currently at the earliest “Problem-Solution Fit” stage, while as much as 39 percent of the entire start-up population have moved onto the product development phase (“Solution-Product Fit”). Another 34 percent are even more advanced on their path to becoming a fully-fledged firm: they are testing the marketability of their products (the so-called “Product-Market Fit”). However, only 15 percent have progressed to the final start-up stage: scaling-up. This is where the problem lies: coming up with ideas and tech solutions seems relatively easy. Even bringing the product to market is not that hard when you’ve got rudimentary business skills and a sound product. It is the growing of the business and increasing its revenue that is proving hard for Polish start-ups. Why could that be?

According to Rafał Plutecki, CEO of Google Campus Warsaw, the three elements that are necessary for a successful start-up ecosystem are: people, mentors and capital. Luckily, Poland has brain power in spades. Out of the 1 million software developers in CEE, almost a quarter (24 percent) reside in Poland. Ukraine comes second with 166,000 professional software developers, while Romania third with 118,000, according to a recent survey by Stackoverflow.com. In Poland, there are 1.4 developers for every 100 people in the labor force.

Unsurprisingly, Warsaw has the largest start-up scene, with over a quarter (27 percent) of all firms originating there. The other major hubs include Kraków (11 percent of the country’s start-up pool), the Tri-City and Poznań (9 percent each) and Wrocław (7 percent). The minor start-up scenes include Szczecin (3 percent), Łódź, Katowice, Lublin and Białystok (2 percent each).

So if it is not the human capital Poland’s been missing to build its own Silicon Valley, it must be the other two components. It takes time to build a working start-up ecosystem. At least 10 years, according to Plutecki. He claims that the element that had until recently been missing in the Polish start-up ecosystem was accelerators – companies that provide start-ups with mentorship, business contacts and capital for growth. This is changing now. “This year, 2017, is a breakthrough year. … Two years ago we barely had one functioning accelerator, now there are a dozen or so,” he said. “Recently, the Polish Development Fund (PFR) organized a competition and selected 10 accelerators that it will finance. Thanks to them, a wide-scale training program for engineers and young entrepreneurs will be possible to show them how to build their own companies,” Plutecki added.

Google Campus Warsaw, a co-working office dedicated to tech start-ups at various stages of development, has just announced the list of firms that are going to reside in it over the next six months within the Campus Residency program. Also, four later-stage start-ups have been selected for the so-called Launchpad Accelerator. They will start their six-month stint at Google with a two-week trip to the actual Silicon Valley where they’ll be able to see how it’s done in the big boys’ club. The four scale-ups include: DrOmnibus (a Polish multimedia education platform), Gamee (a Czech social platform for gamers), Spendee (a Czech app for managing your finances online) and PublishDrive (a Hungarian online book publishing platform).

“We’re currently focusing on three pillars: first, direct support for start-ups through programs such as Campus Residency. Secondly, acting as an ambassador for the entire CEE, which is evidenced by the CEE All Stars event. Finally, the third pillar is supporting the global growth of companies by closer collaboration with outside partners,” said Plutecki. The Campus already has 12,000 members and has recently moved to a new, larger building. 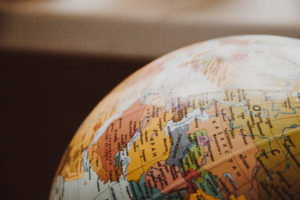 Once the knowledge and business acumen are there, the final piece of the puzzle is money. The Polish start-up scene is definitely in need of a capital injection. According to Startup Poland, as much as 50 percent of Polish start-ups use no outside sources of funding but rather bootstrap their endeavors with their own savings. The problem with finding an investor is largely connected with the size of the market. If you’re an investor in the US, you can choose a hundred of small endeavors in the hopes that one of them turns into a good goose laying golden eggs. Given the potential of the US market, a single successful start-up can bring in enough profit to offset the cost of the other 99 failed attempts. In Poland, however, the market is somewhat smaller, and thus the returns of a single successful start-up are not as high as in the US. Therefore, VCs expect a higher percentage of their investments to be successful. Ergo, they are much more careful when screening their potential investment. “The size of the potential market and – in turn – profits affect the valuation which makes the risk calculations more difficult,” explained Plutecki.

Luckily, this problem is not unsolvable. You just have to think globally. Polish tech start-ups are becoming increasingly aware that limiting themselves to the local market (albeit almost 40 million strong) is not enough. Most accelerators make the decision on whether or not to grant support to a start-up based on the market viability and market potential. Going global is a must, and from the get-go, not at an unspecified point in the future. In fact, almost 47 percent of Polish start-ups already sell products and services to customers abroad, according to the Startup Poland report. 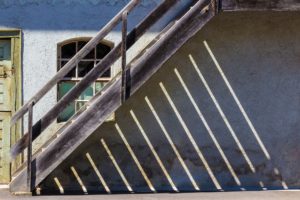 Perhaps money is not lying in the streets, but access to financing is definitely getting easier. Sebastian Kulczyk, the son of the late Polish billionaire Jan Kulczyk, and current head of Kulczyk Investments, has recently announced he will allocate $60 million to a VC fund/accelerator called InCredibles. It is one of very few entirely private funding programs for start-ups in Poland. “As the fund is entirely privately financed, the fund offers us a certain amount of flexibility and also leeway in the investment process. We opt for minimum formalities and an informal trust between the investor and the start-up,” Kulczyk told daily Puls Biznesu.

The InCredibles program will focus on early-stage ventures and will cooperate with Campus Warsaw and Startup Poland (two accelerator programs). “The ceiling for one firm in the first round is PLN 2 million, but it could happen that we remain the main financing partner with a company for the next 10 years, if our goals align,” Kulczyk added. The deadline for start-ups to sign up for the fund is July 15 and the selection process of the top 3-5 contenders will be finalized by the end of August. 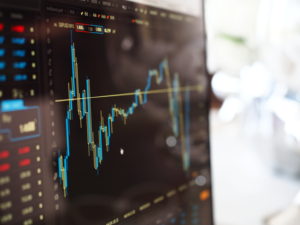 Another recent development in the start-up ecosystem is the creation of Akcelerator GPW – an accelerator program created by the Warsaw Stock Exchange in cooperation with Poland’s largest equity crowdfunding platform Beesfund. The accelerator will work together with other accelerators, VC funds and foundations supporting the start-up market. Its goal is to build a link between start-ups and listed companies and to offer growing firms alternative access to money via the capital market.

“We believe the capital market can support innovative companies in the early development stages and prepare them for a later IPO on the NewConnect or the main WSE market,” said Jarosław Grzywiński, acting CEO of the Warsaw bourse.

The WSE accelerator will be accessible to all Central European companies, including those that have previously used the Beesfund platform to acquire funding. The first batch of companies is already being recruited. 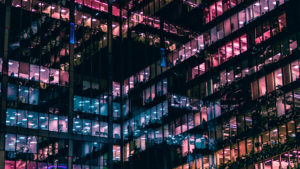 Software engineers in Poland can’t complain. They are even better paid (considering the purchasing power parity) than their colleagues in the UK, Germany and the US. The average monthly salary in IT stood at PLN 8,259 in April, according to the latest GUS data. It is by far the best-paying industry in the country, outstripping even the energy sector, where the average salary reached PLN 7,017. It is also nearly double the national average salary of PLN 4,489.

To draw comparisons, let’s look at the UK market, where a senior software engineer earns an annual salary of some £49,224 (glassdoor.com data), which is not bad in itself. A senior accountant makes similar money of £43,000. In Poland, the IT guy would make on average PLN 116,000 a year, while the number cruncher almost 40 percent less (PLN 70-75,000). This goes to show how valued the “IT caste” is in Poland. The fact that IT people are so well paid is the product of several factors, including the ever-growing outsourcing of IT services and processes to Poland as well as the demand for skilled engineers from domestic corporations. The cozy salaries that large IT powerhouses offer probably make the decision to launch a start-up firm that much harder.