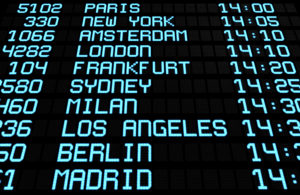 Poland’s government is planning the development of a centrally located hub airport that could compete with some of the largest airports in Europe. Would the construction of the project create an attractive location for commercial space developers?

Polish ministers earlier this year recom­mended building a huge new airport in central Poland that would serve as a regional transit hub and be one of the most important airports in Europe. It would be located between Warsaw and Łódź and become operational in about a decade. Although the exact location and size of the planned invest­ment are not yet known, the completion of such a large infrastructural project would certainly be of major importance for the Polish economy. What implications could it have for the real estate market?

With few details available, an early forecast is hard to make. The success of so-called airport cities around the world largely depends on the volume of air traffic at particular airports, noted Kamil Kowa, head of valuation and consultancy at Savills. However, as the planned hub will likely be located relatively far from the centers of War­saw and Łódź and very close to major roads, it is expected to mainly attract logistics (and poten­tially hotel and retail) space developers, rather than office developers. 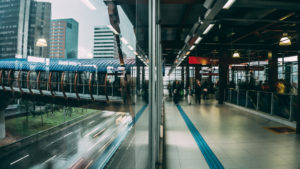 According to Jan Jakub Zombirt, an associate director, strate­gic consulting, at JLL, office developers, who are paying more and more attention to whether a given site is easily accessible by public transport, may be skeptical about the location of the planned airport. For the new airport to be attractive, it would need to offer excellent transport connections with downtown Warsaw and downtown Łódź – indeed, both cities would need to be within a 30-minute commute of the hub, Zombirt argued.

What is more, the peripheral location would need to feature much lower rents than those seen in Warsaw and Łódź in order to be appealing to occupiers, he claimed. However, competitive rents alone will not attract tenants in today’s office market. With the labor market evolving and now being dominated by Generation Y employees, the office market does not favor outlying locations, said Joanna Mroczek, a senior director and head of research and marketing at CBRE.

Tenants expect easy access to a whole range of services that are available in city centers. “At the moment, even non-central of­fice locations in Warsaw are not popular with tenants despite low rents,” Mroczek said. Also, in the opinion of Piotr Capiga, a senior negotiator in the office space department of Cushman & Wake­field, the development of office projects near the planned airport could prove a serious challenge when it comes to the commer­cialization process.

Schemes in such a location would likely be unable to compete successfully with office developments in Warsaw and Łódź. “Even the necessary huge infrastructural investments will not guarantee the creation of an office zone near the centrally-located airport,” Capiga said. He noted that there is a lot of vacant office space in the Polish capital, which is offered to tenants on very favorable financial terms. For its part, Łódź still offers plenty of room for the development of office projects near the downtown area. 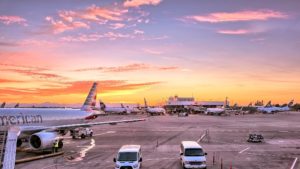 If the planned new airport in central Poland is unlikely to prove attractive for office developers, it may certainly generate some demand for other types of commercial space, which is more closely related to the transport of people and goods. This could mean room for new hotel, retail and logistics projects. Of course, the scale of any potential real estate investments near the airport would depend on the size, success and further development of the airport itself.

Hotel space developers would certainly be interested in the location if the new airport generated significant air traffic and attracted businesspeople. It would help if the airport served as a transfer point, also for passengers on intercontinental flights, Zombirt said. Also, retailers would inevitably be attracted to the new hub. Boutiques and restaurants have long been a fixture at passenger terminals around the world, with some of the largest featuring complementary health and entertainment facilities such as clinics, cinemas and museums.

The area between Warsaw and Łódź is home to several major logistics markets. According to Mroczek, the construction of a large airport near Mszczonów or Stryków could give a boost to the markets and make the whole area one of the best developed logistics areas in Europe. Of a similar opinion was Zombirt who said that new transport connections with the planned airport would definitely benefit the logistics sector even if the airport itself would not, at least initially, create much additional demand for logistics space. This is because air cargo transport in Po­land is still in an early phase of development, he explained. Even though it is set to grow rapidly in the near future, it will not be before long that the industry grows big enough to justify the develop­ment of dedicated logistics space. Nevertheless, the freight forwarding companies that currently operate at Warsaw Chopin Airport will probably be interested in moving to the new location. It is assumed that if the planned hub is indeed completed, the existing Warsaw airport will be closed down. 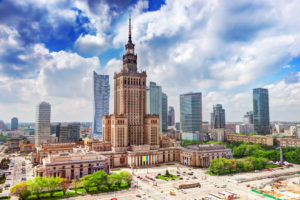 The development of business areas around international airports, often dubbed “airport cit­ies,” has been a growing global trend in recent years. According to Zombirt, as air transport in Poland continues to develop, airport locations in the country will gain in significance. Developer interest in plots located close to international airports has been seen in large Polish cities, including Warsaw, Kraków, Gdańsk and Wrocław. Admittedly, it is mainly good connections with city centers, rather than proximity to airports that make such plots appealing.

At the moment, the most commercial real estate in airport locations is in Warsaw. Projects that have been developed near Warsaw Chopin Airport include a Courtyard by Marriott hotel, a Hampton by Hilton hotel and the Aeropark Business Centre office complex. A Renaissance hotel is now under construction. In the pipeline is a huge commercial real estate project called Chopin Airport City, which state-owned airport operator Przedsiębiorstwo Państwowe “Porty Lotnicze” (PPL) announced a few years ago (see box).

Interestingly, and perhaps ominously for the planned centrally-located hub, Warsaw Modlin Airport, which was opened in 2012 and is located over 30 kilometers from the downtown of the Polish capital, has not attracted any major interest from office space developers. Even the completion of a new convenient railway con­nection between Warsaw Modlin Airport and the center of Warsaw and Warsaw Chopin Airport has not changed the situation for the better, Capiga pointed out.

As for regional airports, there is a Hilton Garden hotel in Kraków and a Hampton by Hilton hotel in Gdańsk with the latter location also featuring a major office complex. Kowa said that preliminary planning work is underway on airport cities in both Kraków and Gdańsk. However, the development of those schemes is not expected any time soon. According to Kowa, investor, developer and tenant interest in airport locations in regional cities in still limited as the airports there feature relatively small, on the European scale, passenger traffic. 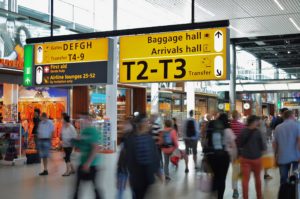 A number of barriers to private real estate investment in airport locations in Poland remain. The decision-making process at state-owned companies in the country (like those managing airports) is generally longer than that at private companies, Kowa pointed out. Planning restric­tions in areas lying close to airports, which apply, for instance, to building heights, are another challenge that developers must cope with. On the other hand, many such areas are not covered by zoning plans.

Certainly, the location of a real estate project close to an airport does not in itself guarantee success, as each such location is different in terms of the size of the particular airport, the volume of air traffic, the availability of develop­ment land and the distance to the city center. “Airports always attract attention and can be attractive for developers of commercial space. However, each investment decision needs to be preceded by careful analyses and be based on the real needs and potential of the particular market,” Mroczek said.

State majority-owned, Warsaw Stock Ex­change-listed commercial real estate investor and manager Polski Holding Nieruchomości (PHN) and Chopin Airport Development, a subsidiary of state-owned airport operator Przedsiębiorstwo Państwowe “Porty Lotnicze” (PPL) have signed a letter of intent regarding their potential future cooperation on the develop­ment of office and hotel projects. PPL is focused on the development of schemes located near the largest airports across Poland.

The company’s portfolio includes existing airport hotels in Warsaw and Gdańsk with PPL now also planning new airport hotel develop­ments in Katowice and Poznań. A few years ago, the company announced its plans to develop a large piece of land located near Warsaw Chopin Airport, which could potentially accommodate a major office park. When PPL was showcasing the project at the MIPIM property fair in Cannes in 2012, there was talk of a complex of 16 build­ings comprising over 165,000 sqm of usable space.