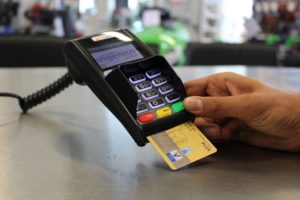 It appears that the future will belong to electronic pulses, rather than clinking coins and rustling banknotes. The convenience and speed of cashless transactions will have its price in the form of increased control and lack of anonymity. The catchy slogan used by officials: “Paperless, cashless Poland” largely stands for complete oversight of an e-citizen living in an e-country and using e-money. Is the era of physical money coming to an end?

From 2017, corporate payments in Poland exceeding PLN 15,000 can be remitted only via a bank account. The limit on cash transactions before 2017 was also 15,000, but EUR and not PLN. Why are state institutions fighting against cash? Officially, the lower limit for cash settlements is a means of fighting tax fraud and money laundering, which contribute to the country’s PLN 50-billion budget hole. The government’s VAT tightening policies will in fact bring in an additional PLN 20 billion in 2017, which is the same as the cost of the 500+ family benefit program. The preliminary draft budget bill estimates 2018 revenues at PLN 355.7 billion, which is PLN 30 billion more than was planned for 2017.

According to the Ministry of Finance, the former limit of €15,000 (PLN 65,000) was commonly used to dodge the law, so reducing this amount to PLN 15,000 will play a significant preventive role. What does this mean for the average taxpayer? Will he/she still be able to buy a car in Germany or a second-hand espresso machine in the Netherlands? Will it still be possible to employ a contractor and pay in cash? In many cases it will be much more difficult.

Adam Nowacki, a food business entrepreneur, believes that such a limit is far too low. He claims that the purchase of a pallet of oranges or grapes would often produce an invoice exceeding PLN 15,000, and in that industry transactions are undertaken primarily in cash. “After coming back from the fruit wholesale market, I could make a transfer, but that means that the seller would get the money on the next day. I could make such a deal with my traditional suppliers, but I do not buy only from them,” Nowacki added. He also draws attention to the problem of unpaid invoices in Poland. Meanwhile, the law remains untroubled, because entrepreneurs pay taxes on revenue – and revenue is the amount entered on the invoice. If there is an invoice, but a dishonest contractor fails to pay it and there is no income, the tax is still due. Later you can try your luck in the courts to get it back.

Others are doing it 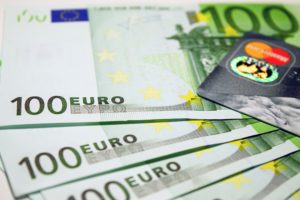 Poland is by no means the only country to try converting to a cashless society. In recent years, many other EU countries also introduced lower limits on cash transactions, which resulted in reducing the shadow economy by 1-2 percentage points of GDP. Regulations lowering the maximum limits for cash payments have been introduced in France (€3,000), Portugal (€1,000), Hungary (€5,000), Spain (€2,500), Bulgaria (€5,000) and Greece (€1,000).

Sweden is one of the leaders on the way to a cashless society. According to the Royal Institute of Technology in Stockholm, 80 percent of transactions in Sweden are carried out electronically. By 2030 the country intends to completely abandon using traditional money.

Meanwhile, the website of the Ministry of Development contains a document on “increasing cashless turnover,” which states that the share of cash transactions across Poland should fall from 21.5 percent to 15 percent within five years.

Somewhat ironically, Poland is also about to introduce a PLN 500 banknote. Although the new banknotes are to appear in circulation by the end of 2017, politicians are still trying to convince the National Bank of Poland (NBP) to give up on this idea. The clash between the government and the NBP is not incidental as they have somewhat divergent objectives. The NBP cares about the amount of money in circulation, while the government is striving to phase cash out.

In the meantime the cryptocurrency bitcoin continues to grow in strength, having recently smashed through the $5,000 level. World governments still don’t consider it a threat to traditional legal means of payment. Not yet, at least.

Nearly every tenth company in Poland operates without using a computer. Meanwhile, the Minister of Digitization, Anna Streżyńska, claimed quite recently that nearly 9,000 Polish towns and villages still have no access to the internet. Of course, lowering the limit for cash payments may result in using payment terminals on a wider scale. But it will not happen overnight.

Salespeople say outright that limiting cash in turnover is only to the banks’ advantage. This is because transfers cost money and if you want to make one, you need to keep the cash in the bank, increasing the bank’s cash reserves. Also, banks charge a 0.5 percent fee of the cash deposit value.

No cash – no debt 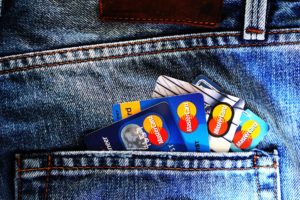 There is another reason why governments are fighting against cash – and that’s because a vast number of countries are facing a serious debt problem. Withdrawing cash from circulation removes a major obstacle to negative rate deposits. “We need to become a cashless society pretty quickly, as it is the only way to enter an area of negative interest rates,” said one of the bankers present at the Davos Forum.

Right now, if rates on deposits fall below zero, people will simply withdraw their money and keep it under their mattresses. Once they are no longer able to, they will have to either invest their savings in more profitable (often riskier) instruments, or watch their capital slowly shrink. Meanwhile governments would be able to go into debt at zero cost. In a world of negative interest rates, public debt would be systematically reduced. Either way, the wheel keeps turning.

What do Poles think about cash?

Cashless payments are the method of choice mainly for men (60 percent) and for people aged 35-44 (62 percent). Groups that prefer cash are people aged 18-24 (37 percent) and residents of rural areas (34 percent) according to a recent study conducted for eService. “Most Poles chose cashless payments, while cash is preferred only for payments below PLN 10,” said Joanna Seklecka, head of the electronic payment services centre at eService. Here are some interesting cash-related stats. 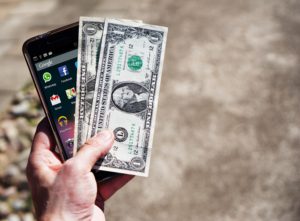 30,000,000 is the number of payment cards that allow for contactless payment