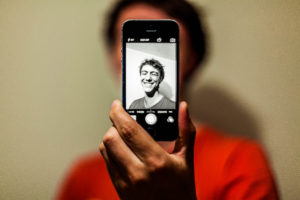 They have been called many names, some cute, but most, at least to some extent, mocking and sarcastic: the Entitled Generation, Generation Me, the Net Generation, the Boomerang Generation (for moving back home after college), the Peter Pan Generation (for taking longer to fully mature) or – a personal favourite – the Selfie Generation

Whatever we want to call them, they are becoming the driving force of the economy. According to Merrill Lynch, Millennials will constitute 75 percent of the worldwide workforce by 2025. In Poland, there are 8 million of them, nearly half of the entire professionally active pool (17 million in 2016).

In Poland, the divide between Gen X and Gen Y was dictated not only by access to technology and communication, but also by purely economic drivers. When the last of the Polish Gen Xs reached adulthood, Poland’s free market economy had only been functioning for a few years and at the time opportunities seemed endless.

Those who came only a few years later faced quite a different reality.

Why hurry to leave the safe confines of university if the world out there offers no guarantees and no security? Polish Millennials had to learn early on to plan ahead and to prepare for the tumultuous market they were about to enter.

Still, while Polish Gen X and their Western counterparts grew up in entirely different realities, Millennials are more of a universal concept, regardless of geographical location. “I think that our Millennials are much closer to their Western peers than the Gen X employees are to their international counterparts. They are better educated, hungry for success, willing to work hard and they are not encumbered by insecurities,” said Michał Gołgowski, managing director at Spring Professional Poland, part of the Adecco group. “They are not afraid of technological novelties. Often, they are more ambitious than Gen X employees. They are also more determined to get international experience and generally open to relocation for work,” he added. 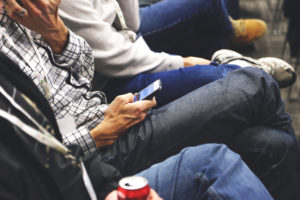 Those who work and manage Millennials tend to agree that they bring a lot to the table. They are well-educated, creative and digitally savvy (some call them digital natives, as they had little experience in a world without the internet). They can also be sceptical and verify what they learn from their colleagues, which can also prove to be valuable.

One of the biggest challenges Millennials pose as employees is their short attention span, which also causes them to get bored easily. That’s where workplace gamification can come in handy. However, turning your workplace into a game is not as easy as it sounds and it can also generate some risks. Defeat becomes a somewhat diluted concept. After all, games always have a reset button, which allow you to try all over again if the first attempt was unsuccessful. The same cannot be said about meeting a deadline, acquiring a client or performing a contract. Managers often signal that the biggest issue they have with Gen Y employees is their immature attitude towards doing business and failing to grasp the gravity of their decisions and choices. Some also point to poor problem-solving skills and their aversion to criticism.

Big companies in Poland have already begun to learn how to manage Millennials. They took advice from their Western mother companies, added some of their own local techniques and are doing all right. It is the small and medium-sized firms that have yet to take on the challenge of creating a workplace that will be attractive for Gen Y members.

There is no single sure-fire method for doing that. “Certainly, a lot more emphasis is placed on listening to the employee and not telling them what to do. We include young people in decision-making about how the company should develop. Gen Y also needs much more freedom, interesting work benefits, flexible working hours and development opportunities,” added Gołgowski.

To bring sth to the table