Employee shortage is making companies re-evaluate their HR policies. On the one hand, the Millennial generation is already the most numerous group in the workforce and companies have no choice than to cater to their needs. On the other hand, few firms take advantage of employees aged 50+, who have the most experience and can be an invaluable resource worth tapping into. 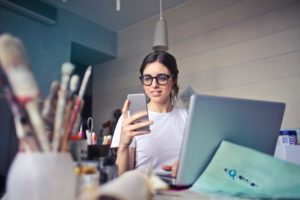 The generation of people born in the 1980s and 1990s, though for a long time derided as being childish and unstable, have become a lifeline for most companies struggling with employee shortage. Over time, employers have realized that Millennials can in fact bring a lot to the table and many of their seemingly undesirable qualities can be used for the benefit of the company. For instance, their strong need for work-life balance and seeking passion in everything they do makes them derive more satisfaction from their jobs and be more engaged in their work.

Having been raised during a technological boom, they are more adaptable and flexible. There is no doubt that they are more comfortable with novelties. Although they will soon have to compete with an even more digital-native Gen Z at their heels. They will have no choice other than to mature into strong and driven leaders. 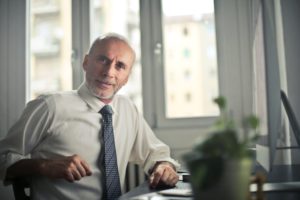 However, hiring Millennials exclusively comes at a price. According to a LinkedIn study, Millennials change jobs even twice as often as their parents’ generation. Antal’s research shows that employees who leave their employer the most frequently have only spent between one and three years in the company. This means higher employee turnover, which is already bringing hefty losses: it lowers morale and takes a toll on the company image. According to Antal, the failed recruitment of an employee making an average PLN 5,000 a month costs the employer on average PLN 40,000.

Most employers try to attract and retain younger candidates, forgetting the potential in employees with many years’ experience and knowledge. Of course, there are firms that carry out recruitment campaigns for this group, as well as diversity programs. Still, a large number of employers fail to see the potential, and the neglect of the older generation is forcing its members out of the labor pool.

It’s a well-known fact that people over 50 have a hard time finding a job. However, the awareness of the so-called “silver revolution” is still low. UN scenarios suggest that by 2050, every third European will be over 60, and as soon as in 2020 nearly half of Poles will be over 50. Aging society is not the only problem. The percentage of 50+ Poles who are employed is lower than the European average: in Q4 2017 it stood at 32.9 percent, compared to 36.5 in other EU countries, not to mention leaders such as Sweden (44.6 percent) and Estonia (44.1 percent). 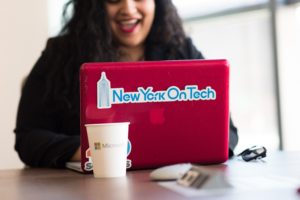 There is a common stereotype comparing Millennials to children. Meanwhile, the oldest members of the Y generation will soon hit 40. They are increasingly often taking over leadership roles in their businesses. They are also the most numerous group on the job market. Over the next seven years, Millennials could account for as much as 75 percent of those employed. The rapid growth of this group is translating into how companies operate. Employers undertake numerous initiatives to attract them. After all, they are the best educated and the most qualified employees.

Employers are looking for candidates that combine both technical expertise and well developed soft skills. Millennials are a sort of a hybrid that is goal-oriented, with a wide range of talents, ambitious, creative and tech savvy. They also have a darker side, just like any generation. Convinced of their superior skills, they want to see results immediately and they want to have an impact on the reality around them, even if their ambitions are not always rooted in experience. Raised during rapid development of technologies and the internet, they create new trends, setting the course for the job market and the consumer market. Soon, they will be the most numerous employee and consumer group in Poland and worldwide.

People born in the 1980s and 1990s are very individualistic. They need space to express their interests, including in the professional environment. It’s worth talking to your staff and getting to know their passions, such as sports and art, and enabling them to use these passions at work. A simple and helpful tool for getting to know your employees and measure their engagement is the so-called “stay interview,” which is a conversation with an employee about their needs as well as the advantages and drawbacks of their workplace. Millennials expect such communication more often than any of the previous generations.

Untapped potential of the 50+ 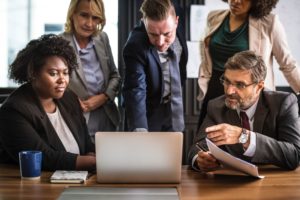 Companies consider Millennials to be a strong brand and they are eager to roll the dice on the Z Generation as well (people born after 1996). But as a result, every third employee over 50 feels excluded from the workforce.

Gen Y and Gen Z have higher demands which correspond to the pressure on increasing salaries, with employers finding it increasingly hard to keep up. At the same time, most companies think of the aging society as the distant future, which is evidenced by the fact that 76 percent of employers have no development programs for people over 50. I believe that companies will have to redefine their employment policies over the next few years and turn to the candidates that are available, if for no other reason than to remedy employee shortage.

Claiming that older people don’t know how to use modern technology and communication is a gross oversimplification. The market has been suffering from a vicious cycle of stereotypes that limit the potential of having a diversified staff. The knowledge and experience that people over 50 have is invaluable, and – as Antal’s research ascertains – they are increasingly open to training and gaining new skills. They complete courses, enroll on specialist training programs and learn new technologies.

Jobs involving customer contact and service are some areas where this generation could excel. Employees over 50 are also more credible and better at conflict resolution, which can be utilized e.g. in claims collection, complaints and in contract mediations. Also, the market continues to seek high-class specialists with a lot of professional experience, e.g. in engineering.

Employers are starting to see the life experience and mature approach to business of their older employees as a competitive advantage and use them in project teams and mentoring programs. Employing people over 50 does not need to be seen as a compromise in a difficult labor market, but as a value for companies who want to tap into generational diversity.