Did you know – Turquoise future

For the time being, it is the managers (predominantly Gen X employees who have had more time to climb up the corporate ladder) who complain that the younger generation is simply unmanageable. But in the not-so-distant future, the tables will turn: Millennials are already the largest group on the labour market, and many of them are climbing up the ladder to senior managerial positions. What kind of leaders will they make?

“It will definitely impact organizations themselves, as they will have to change. We can expect a lot of innovation in building corporate structures and management styles. We could see a rise of companies with flat structures, such as the so-called ‘turquoise companies,’” explained Gołgowski. 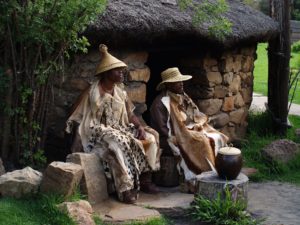 Frederic Laloux introduced the term “turquoise firm” in his book “Reinventing organization,” published in 2014. He showed on a scale of colours from infrared to turquoise how organizations have evolved over the millennia, from foraging teams 100,000 years ago, through authority of elders emerging around 10,000 years ago, formal hierarchies from the Middle Ages to the modern organizations that emerged after the industrial revolution. At first they focused mainly on the shareholder perspective (around the times of Henry Ford and early mass production plants), then on stakeholder perspective about a decade or so ago, to finally reach self-management for evolutionary purposes. The latter is coloured teal and is one step from a completely turquoise organization: devoid of any hierarchy, where any structure emerges from within.

Examples of turquoise organizations abound mainly in the tech industry. Video games producer and retailer Valve (famous for its Steam platform) is a well-known example of a hierarchy-less company and also one of the most desirable employers according to Forbes (although, some ex-employees have criticized it for feeling more like a “high school” than a workplace). In Poland, there are at least a few organizations striving to remain entirely egalitarian by design: web portal INN:Poland named physician rating portal ZnanyLekarz.pl, kindergarten chain Leance, and packaging producer Masterpress as some of the most “turquoise” Polish firms. 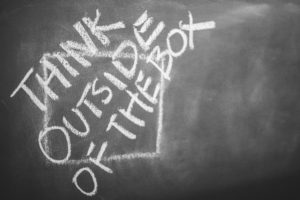 According to Laloux, it is the next step in the evolution of organizations. Being as creative and inventive as they are, Millennials may well thrive in a boss-less culture, where everybody does what they are good at, and any organization and leadership develops organically. This definitely reduces the chances of mismatch: we all know that even the most scrupulous recruitment process sometimes fails and introverts are reluctantly placed in a position where they are expected to socialize with a large number of people (e.g. sales or PR specialists), while outgoing and extrovert types often struggle with more technical aspects (like preparing Excel files). In a turquoise organization, these tasks could be divided between people who are good at them, they could form teams with a natural emergent division of labour.

According to the Fortune magazine, expert consultants who advise firms on how to make Millennials happy in their jobs charge up to $20,000 an hour. With Gen Ys already the largest group in the workforce and the best educated to date, companies all over the world – including in Poland – are becoming acutely aware they cannot afford to miss out on their collective talent. Sooner or later they will all have to become Millennial-friendly, or die trying.