New generations – a challenge for HR 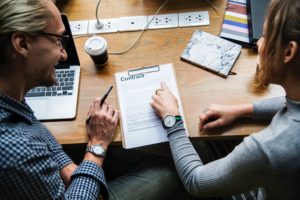 In the HR environment, discussions about intergenerational differences persist. Older generations (Baby boomers and X) have somehow „got along”. Then why are those who are more and more visible on the labour market, the young (Millennials, otherwise Y and Z, or R), so difficult. Spoiled, demanding, they want everything „immediately, here and now”, they are disloyal, they have no authority…

First of all,  everything “used to” be much slower, we did not talk about turbulence, the world of VUCA or „high-speed reality”. Both the Baby Boomers generation (around 1946-1964) and X (around 1965-1983) came into the world in about two decades. Currently, less than 10 years after Millennials appeared, we are talking about the next generation. In addition, the rather lost generation X considered the meaning of life rather in black and white in the categories of „to be” or „to have.” If one finally decided to „have”, then they  would humbly accept the rules of the game in a given organization and treated their work or position held with great (too great?) respect. They used irony and sarcasm, but they did not speak directly about their needs and expectations, adapting to the existing reality. Those who chose to „be” did not even try to work in large corporations fleeing the rat race and consumerism. 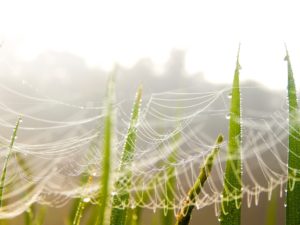 In one of the interviews („On short-term contract, without stress. The millennials master the labour market. He who will not understand them, will lose”, dziennik.pl, May 2016) Dr Chip Espinoza said „Everyone is a child of their time, and ours are very different from those half a century ago. If we stop evaluating others from the perspective of our own experiences, the attitude of Generation Y will seem quite natural. „I would add that it was us – the older generations – who created Y’s and Z’s as they are, because we began to teach them to adapt to the changing world and live „online” and I do not mean mainly the Internet.

Previously, we existed hierarchically, whether in the family, at school, or at work – respect was shown automatically in connection with the placement of a given person in the structure. Previous generations began with „Father” and „Mother”, and then through mom and dad we came to the point where many children speak to parents by their first names. Hierarchy is out of date. We teach new generations that cooperation and partnership are important. They have to play as a team, think and not imitate without thinking, working on a project and reacting quickly. We are educating a networking generation that can efficiently untie knots to make new ones in a different place. The teacher treats them  unjustly and interventions do not bring any result. We change the child’s class or school. Extracurricular activities have ceased to be fascinating, so we are looking for something new. It is therefore hardly surprising that young people easily change jobs and do not understand the „old” concept of loyalty. As part of the network, they expect their bosses to treat them like partners, so they give credit to those who impress them with a high level of competence rather than the name of the position. In the era of start-ups and freelancers, anyone can be a director or a president. Moreover, in partnership communication you should clearly formulate your expectations, which is why in the world of younger generations there is no room for coyness  or fear of expressing your own opinion. Of course, the networkingness of  Y’s and Z’s is also taught by social media, where friends can be managed in many ways, and relationships can be built based on clicks and touch-free typing. Therefore, networking and rebuilding the network of contacts does not cause much trouble for the young. It should also be remembered that the network works dynamically and much faster than the hierarchical structure, therefore, patience is not a strong point of the new generations.

Networks and what’s next? 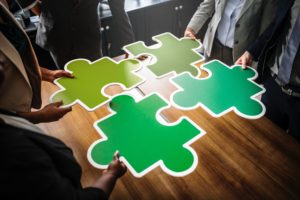 Manuel Castells, an outstanding society researcher in the context of life networking processes, believes that networks are characterized by natural flexibility and easy adaptation to current requirements, which are the features that decide on survival in a rapidly changing environment.

We can therefore congratulate ourselves on the fact that we have been creating young people who have managed the turbulent reality for years. Of course, like any new generation, you should teach them and support them, but on other „network” principles that were very well presented in Gallup’s „How Millennials Want to Work and Live” report. So let’s remember that young people:

Considering the above principles, by understanding the network lifestyle and setting clear boundaries, we will certainly get what is most important for all generations – agreement and effective cooperation.