Understanding the mechanics of the labour market 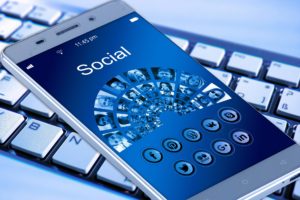 Employers remain confident they are covering all the bases in attracting and retaining talent. Meanwhile, employees, particularly the Millennial generation, are increasingly mobile, demanding and well informed. WBJ talked to Ahu Yildirmaz, vice president and head of the ADP research institute, about worker mobility, generational changes, project work and the role of social media in recruitment.

WBJ: Most developed economies are tackling problems such as an ageing workforce and a talent shortage. How is CEE faring compared to other world regions?

How are generational changes affecting the labour market?

AY: Where are these changes headed, particularly in Europe and in CEE? Younger workers tend to be more focused on career development. Still, many in the world today (employers and employees) think everyone should always be looking for the next opportunity and that workers need to leave to advance and make more money. So, it is no surprise to me that younger workers are the most likely to be active in looking for a new position. Globally, 35 percent of Millennials say career advancement opportunities are the reason they choose to stay with their employer, compared to 23 percent of Baby Boomers – in Europe, 18 percent of Millennials say this, compared to 8 percent of Baby Boomers. Additionally, 28 percent of European Millennials say that a lack of career development opportunities would make them leave their job, compared to 18 percent of Baby Boomers. Millennials are also most likely to say they are actively searching for a new job. Some 33 percent of global Millennials say they are searching – in Europe this ratio is slightly lower (30 percent). On the other hand, in terms of perceptions about what is actually affecting the job market, younger workers are closely aligned with older workers. Globally, workers see the economy (global and local) and the political environment as having the most significant impact on the job market. In Europe, workers are also very concerned about immigration and the automation of work.

How much do employees know these days about their potential employer when applying for a job?

AY:  Employees are certainly able to gather more information about potential employers than ever before. Using big data (such as from Glassdoor. com), organizations are producing lists like “Best companies for promotions,” and “Best companies for camaraderie.” Social media of course allows employees to connect with current employees for more information and to find out personal information about the people they might be working with. I think the top factors that influence taking a new job are career development, the work itself, work hours, company reputation and flexibility. In Europe, additional benefits packages also become important.

People these days often have more than one job, or several simultaneous projects they are working on. What ways of working are going to be prevalent in the next few years?

AY:  Our latest research shows that people care about the actual work they do, working hours and flexibility, so we could surmise that if they can, people will gravitate towards jobs that offer these elements. From the first edition of the Evolution of Work study, we know that 85 percent of workers around the world think all work will be done from a mobile device. And we know that 49 percent think employees are already able to work from anywhere in the world. An additional 46 percent think this will happen in the future. The Evolution of Work global study 2016 also predicted a shift to contract work – 38 percent said that companies are already exclusively hiring contract workers on a project-by-project basis, and an additional 50 percent said they will in the future. This research also indicated that 44 percent think employees are already working where skills are needed, rather than remaining loyal to one employer, and an additional 49 percent thought this will happen in the future. 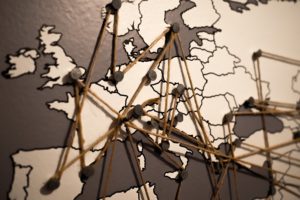 Has employee mobility changed over the past years?

Would you say that CEE (and Poland in particular) is a “net exporter” of skilled employees?

We can say so. European employees are very highly skilled and they adapt faster to the evolving global workplace. In my opinion, in the near future we shouldn’t expect any significant changes in this respect.