Elements of Management by Objectives 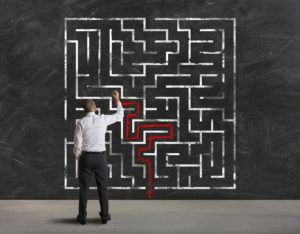 Management by objectives (MBO) as a management concept was first described by Peter F. Drucker in his 1954 book The Practice of Management. In it, he wrote: „effective management must direct the vision and effort of managing personnel to a common goal.”

MBO has been practised in the public, private and non-government sectors in the whole world for decades. However, each time this solution is implemented in organizations it is recommended to take into account its specifics and the way it functions. 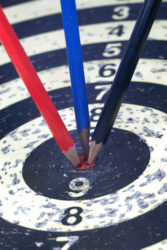 Therefore, one of the main assumptions of MBO concerns achieving defined results by giving the employee the freedom to decide how to achieve them. This approach to management assumes that setting a goal is a stimulus which motivates employees to act and makes them put their best foot forward when it comes to the tasks they realize.

The process of setting objectives starts with defining an organization’s strategy. Tactical goals are defined for particular units on the basis of strategic goals and then – operational goals, which result from them, at an individual level. This process is called “cascading” and its underlying assumption is that the subordinate’s goals result from the superior’s goals. Determining goals and spreading them “from top to bottom” allows to delegate responsibility for results. In sequence, the realization of goals is monitored and appraised in defined cycles (e.g. quarterly, yearly).

The main advantages of effectively implemented MBO are: