360-degree feedback – interview with an expert

Journalist: The other day my acquaintance found out that he was going to take part in the co-called 360-degree feedback. He is terrified as he thinks that they are going to get feedback about him from his colleagues and subordinates.

HR expert: And he must be wondering who he rubbed the wrong way (laughs)? It is true that we don’t welcome critique, especially if it comes from our subordinates, as we think that it questions our position as manager. On the other hand, however, it is them who we have most contact with and it is their work that contributes to the results of the team. Therefore, they are in a perfect place to be able to comment on our style of work and, especially, style of management.

However, please calm down your acquaintance. The aim of 360-degree feedback is not to look for someone’s weak points. If his company wanted to fire him, would it keep investing time and money in this tool?

J: What’s the idea of such feedback? 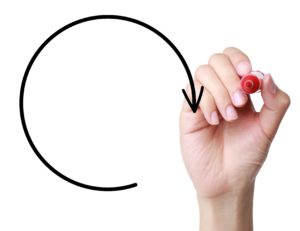 HR: 360-degree feedback consists in gleaning anonymous feedback on how a given employee functions in the opinion of people from different divisions and parts of an organization, such as co-workers, subordinates, internal clients, external clients (optional).

Both self-assessment of the appraised employee and appraisers’ assessment are conducted on the basis of the competences which are considered by a given organization to be key. All data is collected by means of a special form which can usually be found on the IT platform. Respondents refer to the statements about the appraised person’s work by marking the answers on a several-grade scale.

Collecting multifaceted (full circle – 360 degrees) feedback about the employee makes assessment highly objective and shows whether the appraised person is suitable for the position they hold.

J: I’m not sure if it’s enough to calm down my acquaintance…

HR: He should really appreciate it as it means that his company believes in him and invests in him; wants to develop him and plans a long-term future connected with him. 360-degree feedback shows which skills an employee already uses at their place of work and which ones they should still develop.

J: Which doesn’t change the fact that not all collected information will be positive. My acquaintance manages the work of a few people and at times he had to either tell them off or motivate them to do more strenuous work. And in such a situation it is the employee who calls the shots. 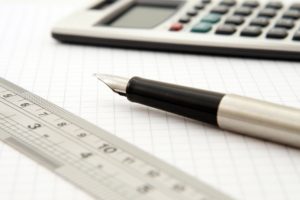 HR: 360-degree feedback consists in gleaning – according to defined criteria – a lot of particular information with regard to how a given person functions at their workplace. The fact that a manager has some critical remarks about the work of their subordinates is normal. The important thing is how these remarks are formulated and whether the manager gives positive feedback besides negative opinions. A well-prepared form allows us to verify proper behaviour of an appraised person. What’s more, we do not appraise subordinates only. We also seek information about superiors, co-workers and, if it’s possible, from clients. We fully understand it that some opinions can be extreme, that is either extremely negative or extremely positive. That is why the final assessment mark is centred, weighted.