Did you know? – difficult questions about Development Centre

Participants of  Development Centre (DC) most certainly try to control what they say. Doesn’t it alter assessors’ opinion? 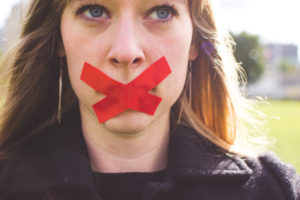 We always or almost always control what we say. DC is not an exception here, either. During every conversation with our boss as well as during meetings with clients we pay attention to what we can say. However, even if are in good control, it is still quite hard to be 100 percent attentive for a few hours, especially during Development Centre, where exercises are usually emotive and really absorbing. Assessors can hear the way we speak and take notice of non-verbal communication – mimics and gestures. Moreover, participants of DC are under stress and get tired very fast and , in such situations, they start acting automatically – in a way that is typical of their behaviour. We must remember that self-control exhausts our organism and strains our mind.

Do assessors happen to have different opinions about the same person? 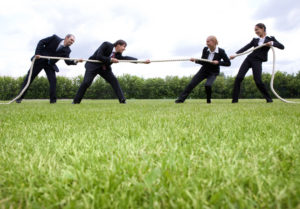 We observe the same person during several exercises in which they tend to behave in a consistent way. It is rather unlikely for us to assess that employee extremely differently. Rarely does one assessor reckon that „John Smith – during a conflict – tries to mitigate it’, whereas another thinks that „when in a conflict, John Smith leads it its escalation”. If something like this does happen, then during a meeting of all assessors right after the session had finished, we discuss the reasons for such different opinions. Perhaps John Smith copes with a situation perfectly well while being tete-a-tete with it as being in a group terrifies him? We always look for answers to such questions as the participant is most important in this test. We want him or her to get a good grade and not get hurt.

Can assessors be cheated?

Each of us, both at work and in private life, projects a certain self-image to this world. Assessors can be cheated as they are only human and they can be manipulated too.  But it is a very hard task. You can play a great role in front of one of the assessors during one exercise. But, cheating during the whole Development Centre session? It would certainly be possible in case of a perfectly trained employee who can demonstrate composure in every situation and who knows the behaviour indicators in a given test. Luckily, DC is not a tool whose results influence HR decisions but only development activities.

Who does best during Development Centre?

During DC people who are more open to experiments and are not afraid to speak before audience do better. It doesn’t mean, however, that people who lack such openness are on the losing side. It should be remembered what is tested as it depends on the aim of the test and what qualities and employees are important to the company. Maybe extravert behaviour is not key at all, therefore an introvert has nothing to be afraid of.

What strategy should a participant of Development Centre follow? 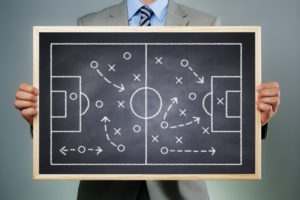 First of all, they should be genuine. Development Centre takes a day full of less or more abstract exercises, which, for most participants, is very tiring and stressful. Adding to the strain by behaving unnaturally will only make it harder. So, let’s behave in a way we behave at work. Those who, on a daily basis, are rather amicable will fail to act as an assertive, tough manager. Remember that we take part in DC because we are what we are. A certain value for our organization was noticed in our traits of character anyway. Natural behaviour exposes those traits and attitudes, and this is what should be most important to us.