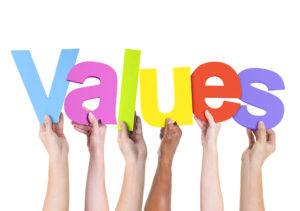 Values in an organisation

Values can be defined as what bonds all the areas of an organisation’s functions, working as criteria in defining its aspirations or making decisions. They are like a guide-post, defining directions and the modus operandi for both employees of the company as well as the company in the market. Unique values distinguish the organisation as one of a kind.

Identifying and implementing values in an organisation 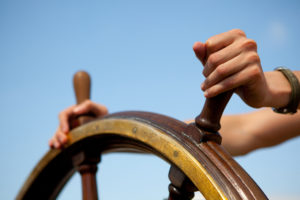 It is crucial that the values are not imposed, but that they evolve from within the company. Management by values, if correctly defined and implemented, reach the employees in the most effective way. However, this can only be successful if the organisation’s values are in line with the internal value systems of the employees.

During the workshop on identifying an organisation’s values, we had the chance to observe how the terms describing them are interpreted by different groups of employees. The number of these interpretations shows not only the importance of such meetings, but also how important it is to communicate those values to the employees in a way that is coherent and clear to them. One must bear in mind that creating an organisation’s values system is an ongoing task of identifying and maintaining them, and on the employees’ shared understanding of them.

Advantages of managing through an organisation’s values

Accurately identified values, in accordance with what is really important for a particular organisation and its employees, are intuitively understood by all interested parties. The structure of such a system is usually simple and easy to remember.

The values introduce clear rules of what is allowed or forbidden, and what behaviour will be praised or punished.

During each of the workshops that we conduct, there is always the remark from the attendees that even the most innovative business, if not based on values, will suffer from lost customers. Participants also emphasise that if an organisation imposes an unnatural values system or tries to impose ill-judged changes of values, its employees react by looking for a new job.

To sum up, introducing a values system is a great opportunity related to strategic HRM. However, for the system to perform correctly and to work in favour of the organisation, not against it, it has to be carefully designed and reasonably implemented, firstly taking into consideration the people who create the organisation, regardless of their position or job responsibilities.

to bite the bullet